The Vatican to officially comment on apparitions of Medjugorje

Millions of pilgrims visit Medjugorje every year. For this reason, the Vatican is considering building a diocese for the sanctuary, independent from the Mostar, which it depended on until now.

(romereports.com) Cardinal Vinko Puljic of Sarajevo recently said that the Vatican will officially comment on the supposed apparitions of the Virgin in Medjugorje.

Its a small town of some 5,000 people a few miles from the capital of Bosnia where a supposed apparition of the Virgin was seen by six people in 1981.

Every time a diocese or a considerable amount of Catholics ask, the Vatican opens an investigation on what the Church calls a Mariophany, or a supposed visit by the Virgin to mankind.

Rev. Salvatore Perrella
Vice president, Pontifical Theological Faculty
Marianum (Rome)
When there is news of an apparition, the Holy See asks the bishop of the place where it happens to put together a commission of experts, priests, psychologists and canonists to see if its a real apparition or a lie.

Afterwards, the Episcopal conference of that country gathers the testimony of those who claim to have seen the apparition. This process can last years.

Rev. Salvatore Perrella
Vice president, Pontifical Theological Faculty
Marianum (Rome)
Its a very rigorous investigation that studies the seriousness of the persons claim, their credibility, mental health and adhesion to the faith of the Church.

According to Salvatore Perrella, the apparitions by the Virgin come during difficult times for the Church, Christianity and society. For example, the apparitions in Fatima, Portugal took place during World War I. However, all of the Virgins messages have a common theme.

Rev. Salvatore Perrella
Vice president, Pontifical Theological Faculty
Marianum (Rome)
God tells us that we are protagonists of history with Him. Man collaborates with Providence. This is the sense that the apparitions communicate.

But the validity of an apparition is not limited to the message, but it should bring the faithful and the curious that go to the place of apparition closer to the sacraments.

Rev. Salvatore Perrella
Vice president, Pontifical Theological Faculty
Marianum (Rome)
The faithful that go to the place of apparition should be helped in deepening their faith, in finding God in the sacrament of the Eucharist and in going to confession.

The current process of investigation is similar to the one that took place for the apparitions in Lourdes and Fatima. Now the Vatican is applying it to cases like the one in Medjugorje in Bosnia and Zejtun in Malta. 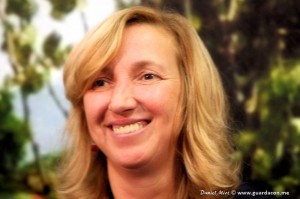 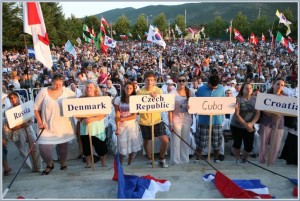 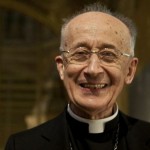 Vatican City (VIS) – At the end of today’s general audience, as part of the greeting groups of pilgrims in different languages, the Pope addressed the Croatian crowd of pilgrims: “I greet all Croatian pilgrims, and especially those from the parish of St James, Medjugorje! Your pilgrimage to Rome is part of the way of preparation for the coming of the Lord. Therefore, in hope, be evangelisers of God’s love in your nation. May God bless you.”