In 1999, Nancy and Patrick Latta began to build a castle in Medjugorje, to be used as a retreat place for priests, nuns, seminarians, and religious. Robert Nanasi, the architect, designed the various buildings and structures comprising the castle. 17 years later, the work is continuing.

Patrick was a very successful businessman in Vancouver, B.C., Canada.  He and his wife Nancy enjoyed a lavish life style, but God was missing from their lives. Patrick’s four children (from two previous marriages) had everything that money could buy, but they were haunted by addictions to drugs, alcohol, and immoral life styles.

Patrick’s conversion occurred when Nancy gave him a copy of Our Lady’s messages from Medjugorje. He read the shortest message – “For the last time, I am calling you to conversion.” Something inside him told him that it was time to return to the Catholic Church. After going to Confession, he began his journey back to the Catholic faith. As a result of prayer, fasting, and living according to the “five stones” mentioned by Our Lady, their lives, and those of his children, changed for the better.

Patrick and Nancy give talks to pilgrimage groups, telling and retelling their story to young and old alike. 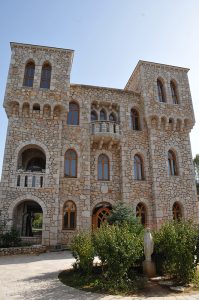 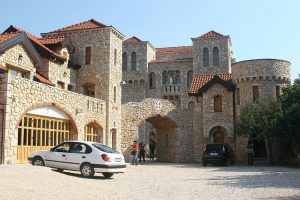