In 1983, Sister Elvira Petrozzi of the Sisters of Charity in Italy, founded the Cenacolo Community, an organization to help young people whose lives had taken a wrong turn. Now the organization can be found in many countries worldwide, including Bosnia-Herzegovina, specifically in Medjugorje.

Many of the young people who enter the Cenacolo community are drug addicts who want to give up their former way of life. Nowadays, with the technological advances, the addictions have widened to include addiction to video games and other electronic devices.

The aim of the Community is to foster a sense of family and community in the individuals seeking help. The methods used are not based on medical intervention, but through faith, prayer, work, and the virtue of charity, the young people begin to have a sense of belonging, thus building hope, healing, and a new outlook on life, with Jesus Christ as the centre of their lives.

The young people often give testimonies of their experiences before, during, and after they entered Cenacolo. Your guide in Medjugorje can set up a meeting for your group to go and listen to their talk. The movie The Triumph documents the experiences of Ben as he struggles with his addiction, his entry into Cenacolo, his departure from that community, and finally, his re-entry to a life where his daily struggles are united with those of Christ. 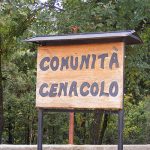 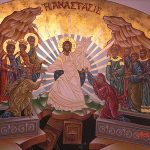