A son of Mary, Queen of Peace 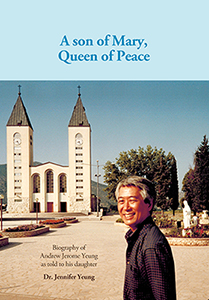 Biography of Andrew Jerome Yeung as told to his daughter Dr. Jennifer Yeung

In 1962, the idea came that I should write a book which quoted Jesus, and Jesus alone. The work
began in 1970, but it took until the year 2020 before it was considered finished. The name of the book is Do Whatever Jesus Tells You!

In the meantime, in March of 1984, I had printed what was erroneously thought to be the finalized version – 2500 copies. They were supposed to be given away, or sold (if possible). But five months later, 2000 copies were still in the basement of my house. What was to be done with them? 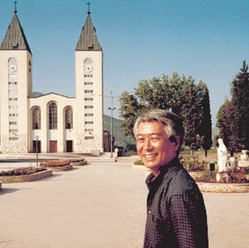 It so happened, earlier in the year that I had been made aware of Medjugorje. This place of Mother Mary’s apparition was mentioned at several prayer-group meetings which I had been attending regularly every month. In addition, half a dozen published articles written about her apparitions were given to me by members of the same charismatic group. I had read them all.

By August, the 2000 left-over copies of Do Whatever Jesus Tells You! weighed so heavily on my
mind that, in desperation, I decided to go to Medjugorje to ask for help from Mother Mary. That was the reason I travelled to Medjugorje the first time.

Soon afterwards, Henry Kovačić at the Ave Maria Centre of Peace, having heard about my journey to Medjugorje, invited me to join his organization on the west end of Toronto. This institution aimed at promoting the apparitions of Mother Mary. From then on, together with Henry, we spread Our Lady’s messages throughout Ontario and Canada, and took small groups of pilgrims to Medjugorje every summer.

Henry decided to print all my books, and distributed them from his Centre.

Later, a Chinese group in the north part of Toronto got interested in Medjugorje as well.
We held meetings to share information about Our Lady’s apparitions, and organized pilgrimages to the holy village too. Later, the group incorporated itself as the Medjugorje Centre of Canada (MCC). Anyone can connect with them here: http://medjugorjeca.org/.

My books are posted on its website under the heading “Spiritual Readings”.
The titles are: 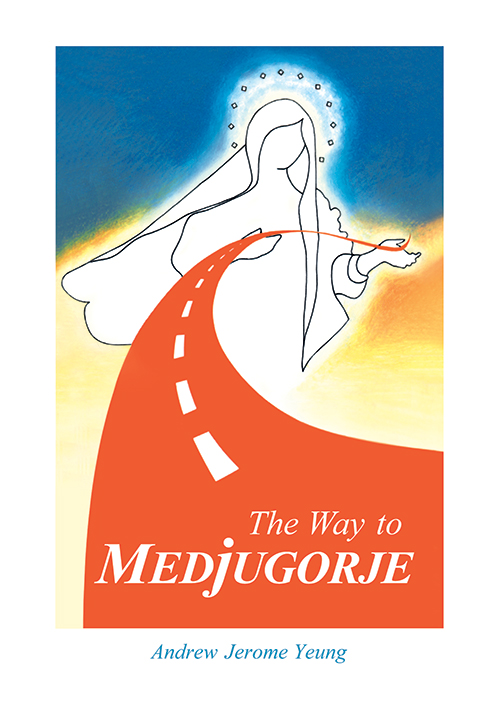 The Way to Medjugorje 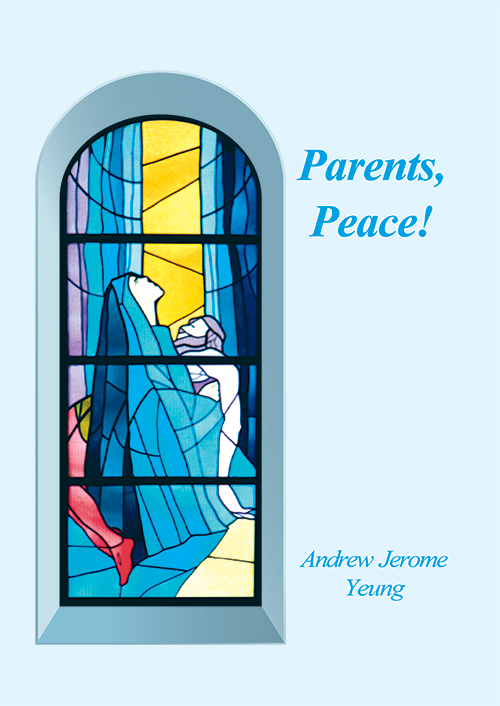 The Rosary, A worried parent prays 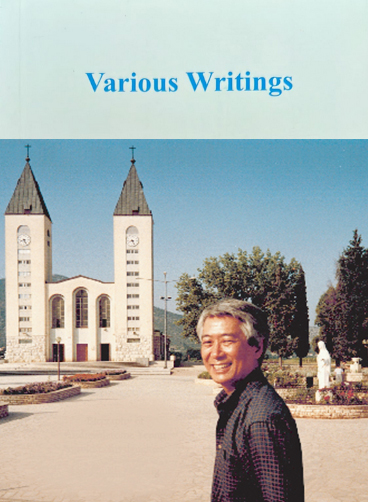 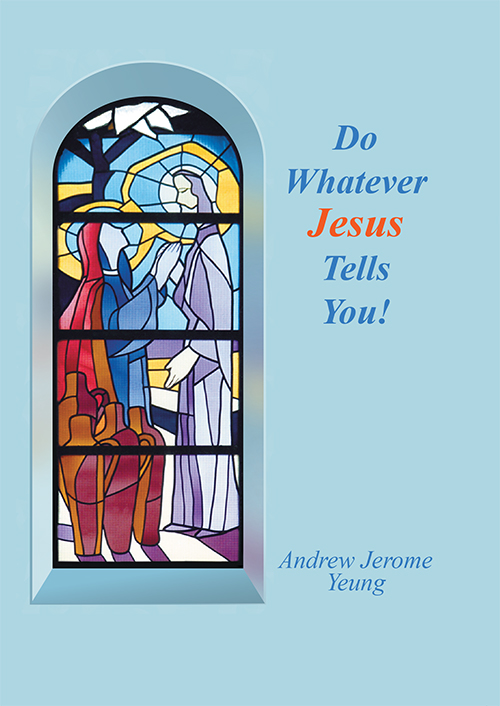 Do Whatever Jesus Tells You!

A son of Mary, Queen of Peace

The original compilation of Our Lady’s messages in the book Mother Mary Speaks from Medjugorje
had only 50 pages and few commentary words; the messages were presented simply in chronological

order. Over the years the book became richer, with commentaries, and was organized into categories under topical headings. For the sake of the Chinese pilgrims and their contacts, it was soon translated into Traditional and Simplified Chinese. That brought ever more Chinese community Catholics (in Canada, and Hong Kong and China) to appreciate and love Mother Mary.

Without saying, it brought me to greater love and appreciation towards her. It led me to greater love
and appreciation for God. It led me to learn to live the following important guidance with increasing understanding and faith: “Little children, how many graces the Most High has given to you and how many graces he desires to give to you! But, little children, your hearts are closed and you live in fear, and you do not permit Jesus to let his love and his peace overcome your hearts and begin to reign in your lives. To live without God means to live in darkness and never to come to know the Father’s love and his care for each of you.” (12/25/2015)

If my memory serves me correctly, I would surmise that I have visited Medjugorje close to 70 times. Like other pilgrims, every morning I participated at the Mass in the language of my choice in the church, and attended the talks presented by local and visiting priests and pilgrimage group leaders during the day. Whenever there were bus trips to events at nearby churches and shrines (like Mostar, Široki Brijeg, Tihaljina, …) I would go along. And of course, the evening programme with Rosary and Mass was a must, as well as the late night Adoration exposition of the Holy Eucharist and sharing by the priest from the outside altar.

Medjugorje attracted me predominantly because of the holiness which could be felt everywhere
around the shrine, especially in the people who were seen praying inside the Church, in the chapel, on the roads, on the mountains, in front of statues at the many locations of worship on the Church grounds, around the parish, and at the homes of friends whom I visited.

I was deeply inspired and moved by the prayerfulness and holy conversations of the locals and
pilgrims, and felt very comfortable doing the same at every opportunity which presented itself. And so, besides attendance at all the programmes in the parish, what took up quite a bit of my time during each pilgrimage was praying, conversing, and writing down how I would spread Our Lady’s messages. I wanted very much that everyone in the world would do the same as the people of Medjugorje. How could I keep my mouth shut about such prayerful conduct and behaviour as found in this sacred place?

And back in Toronto, at the Ave Maria Centre and the Medjugorje Centre of Canada (MCC), when the Lord gave me the opportunity to write about and propagate these activities, I did just that! What great gifts these two organisations turned out to be. Through them, the means and channels were there for me to promote Our Lady’s apparitions and her messages around the world.

Thanks be to God.

Theme:
由心開始重新連結 / Reconnecting From the Heart