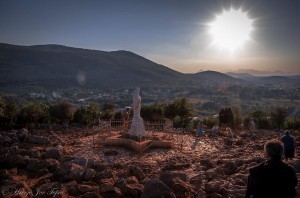 The findings of the Vatican Commission on Medjugorje make a favorable judgment an option, though in a partial form because the apparitions are ongoing. The Commission found real and significant fruits in the form of conversions, and no evidence of fraud, deception or abuse.

No fraud detected, good fruits recognized, initially positive conclusion positive while keeping in mind that the phenomenon is still going on: After four years of work, Medjugorje gets a positive review from the Vatican Commission. Photo: Hrvoje Joe Topic

Medjugorje gets a favorable review in the final report handed over this weekend from the international Commission of inquiry to the Vatican Congregation for the Doctrine of the Faith. The reports facilitates a favorable judgment, at least on matters that can be clarified and evaluated by a time when the apparitions continue, Vatican Insider has learned. 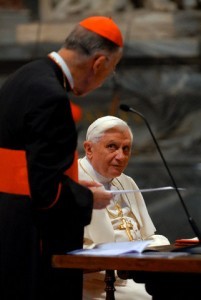 “The verdict could be positive, albeit partial. Vatican Insider has learnt that the Commission has focused mainly on the first phase of apparitions. There is apparently no proof of any tricks, hoaxes or abuse of popular credulity. However, it is proving difficult for the Church to form a definitive verdict on the supernatural nature of a phenomenon that is ongoing” the Vatican special section of the major Italian newspaper La Stampa continues.

The Commission report also recognizes the spiritual fruits of Medjugorje:

“The Commission and Cardinal Ruini himself thanks to visits by people close to him have noticed that people really are converting to the faith or returning to the sacraments – what the Church refers to as spiritual fruits –  in a significant way” Vatican Insider further notes.

While almost no one have expected the report to immediately precede the Church’s final judgment on the authenticity of the events at Medjugorje, a number of insightful sources have said the report will likely affect the future administration of the place.

In this field, Vatican Insider revives the idea of removing Medjugorje from the diocese of Mostar where Bishop Ratko Peric never believed in the apparitions. First mentioned by sources as an option in 2011, the idea has since been dismissed by others as unrealistic:

“A couple of solutions proposed in the recent past,  have been to restore the old diocese of Trebinje  so as to remove Medjugorje from the territory of the Mostar diocese or to create a Marian shrine that would be managed by a rector from another diocese” Vatican Insider reports.